One of the more frequent complaints against the State of Israel is that its settlements violate international law.

Given the massive population transfers that took place in the decade prior to the 1949 Geneva Convention, both during the Nazi period, as well as after World War II — for example, the millions of ethnic Germans expelled by Poland and Czechoslovakia, and further millions transferred during the partition of India and Pakistan — I was curious to learn what exactly was meant by the drafters of Article 49, paragraph 6.  Then I read that “The addition of the final paragraph of the present Article 49 (then Article 45) was proposed by Danish delegate Cohn at the Legal Commission of the 17th International Red Cross Conference (Summary of Debates of the Sub-Commissions, pp. 61-62) and adopted (ibid. pp. 77-78).”  (Notes to Discourse.)

Who was the “Danish delegate Cohn” who first came up with the language of Article 49, paragraph 6 on the transfer of populations?  It turns out he was the Jewish diplomat Georg Cohn, born in Frankfurt, Germany in 1887.  Cohn headed the Danish delegation to the Geneva Convention in 1949.  His father was a Russian Jew, while his mother’s family seems to have lived in Germany for many generations.  Cohn’s wife, Elfriede Bamberger, was the great-granddaughter of the Würzburger Rav Seligman Baer (Yitzhak Dov) Bamberger, one of the leading torah scholars of the 19th century. 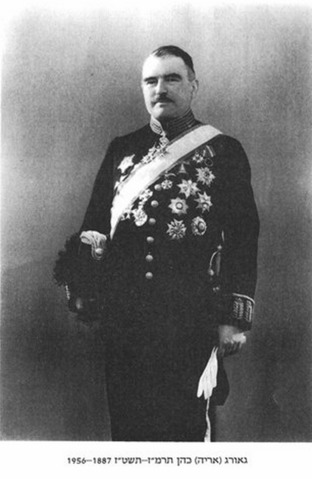 According to a book by his daughter, Cohn was a strong supporter of Zionism and even considered leaving the Danish Foreign Office and joining the Israeli one.  It would be interesting to learn if Cohn left behind any writings about Israel.  Given his background, it is ironic that the sentence he managed to add to the Geneva Convention is now being used to assert that Israel is in violation of international law.

Addendum: With the help of USC Law Librarian Paul Moorman, I found the transcripts from the August 24-25, 1948 sessions of the 17th Conference of the International Red Cross in Stockholm, where the final paragraph of Article 49 (formerly Article 45) was proposed and adopted: 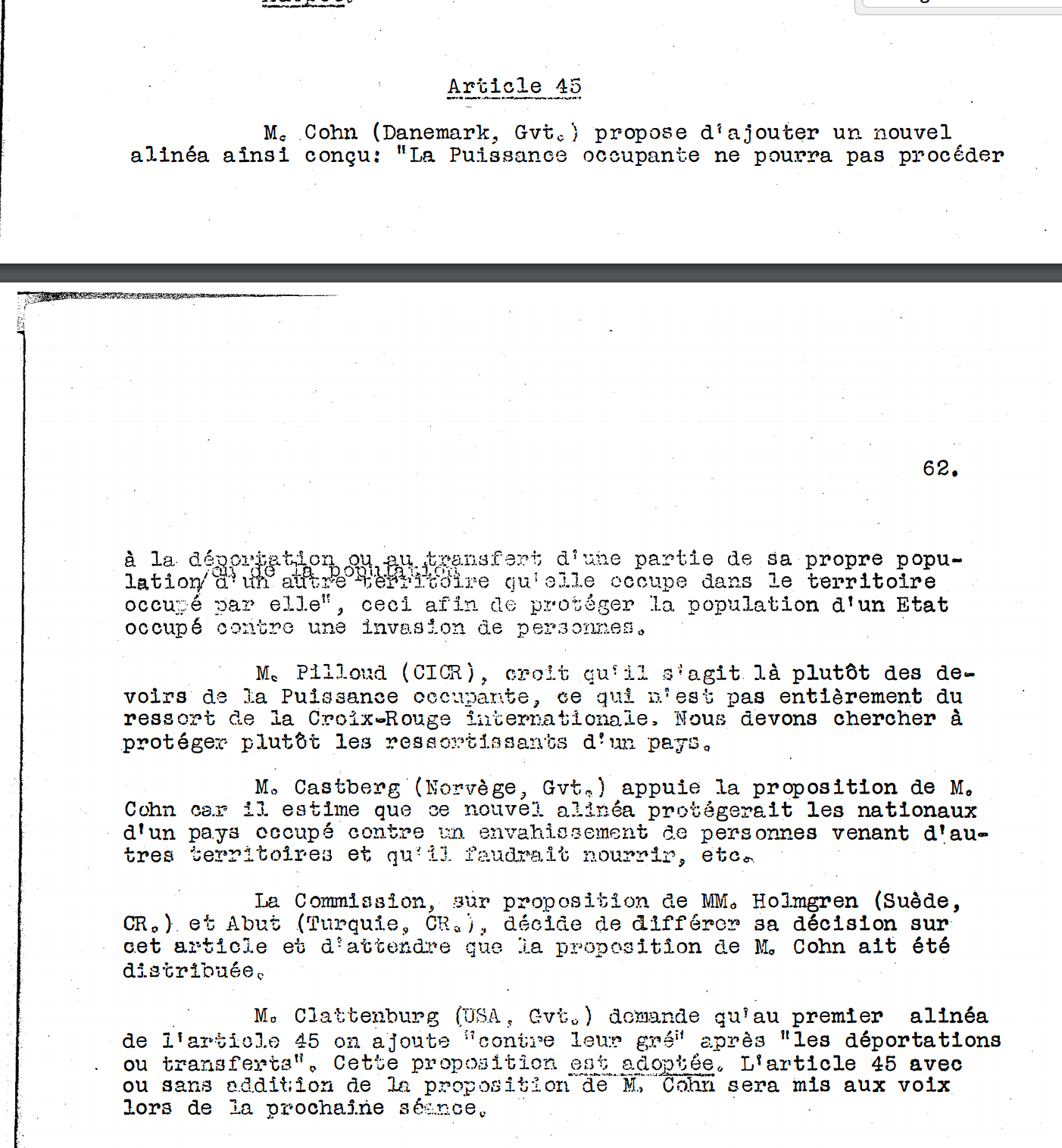 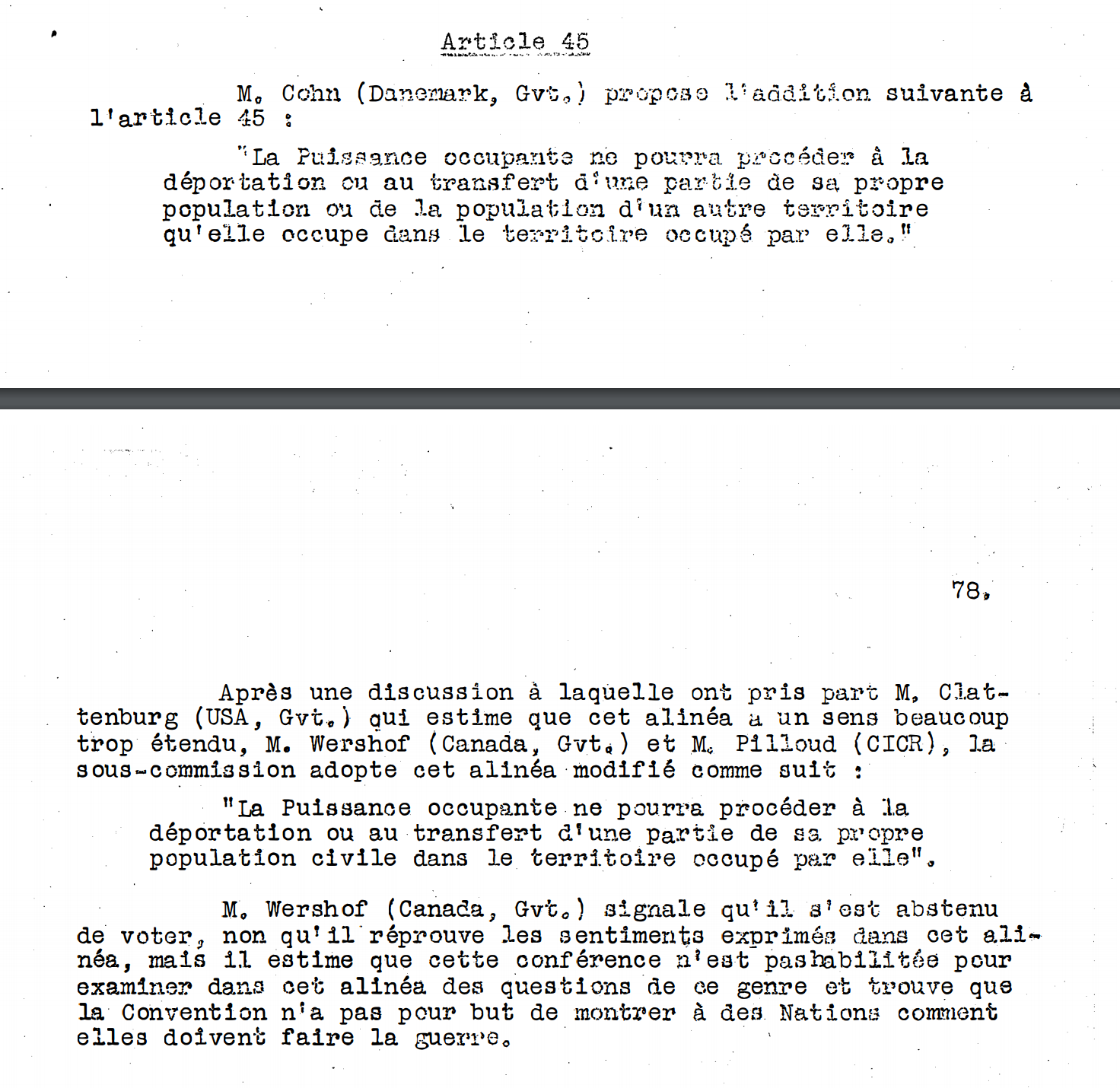