As the individual who filed suit to unseal the FBI search warrant against Hillary Clinton, I was very pleased to hear the news on January 12 that you would be leading an investigation into the FBI’s handling of its investigation of Secretary Clinton.  I had called for such an investigation on November 14, before we had seen the search warrant.  I am sure your investigation will be far-reaching and thorough, but as someone who has given a lot of thought to this, I would like to let you know some questions that I hope you will be able to answer. 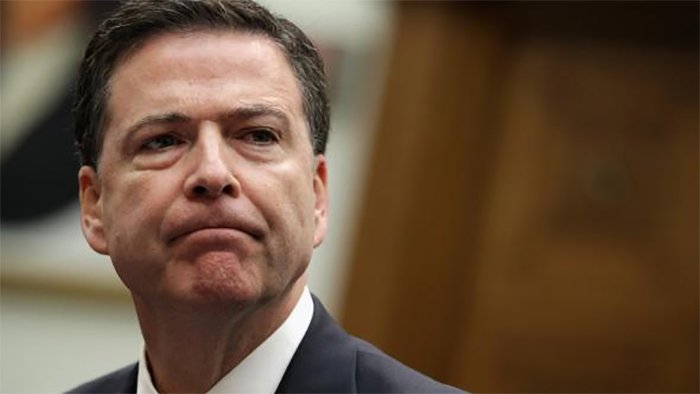 It has been very difficult for those of us in the public to determine the timeline of events.  For the most part, we have to rely on unsourced statements in various contemporaneous press reports.  For example, on October 30, the press reported that the FBI had obtained a search warrant against Hillary Clinton to search Huma Abedin’s e-mails on Anthony Wiener’s laptop.  As far as I can tell, there was no official, public statement with this information, but the news was leaked out in some fashion.  The story turned out to be correct, but no one has yet disclosed the source of this leak, which was the first time in the history of the investigation that there was any suggestion that the FBI felt that there was probable cause to believe a crime had been committed by Secretary Clinton.  At the time, the final week of the election, the public had no way of knowing if the report was true, nor was there any official explanation of the basis for the probable cause allegations. In my view, and in the view of many others who have analyzed the data, this fed speculation against Secretary Clinton and resulted in a drop in her support that likely changed the outcome of the election, an entirely predictable result.  So, the questions I have are what exactly did the FBI do, why, and what were they thinking at the time?

A good starting point for an attempted timeline of events are the articles by Seth Abramson on Huffington Post.  See his reports from December 15, December 22, and January 17.  Seth sometimes speculates as to motives, but his timeline of events is based on many unsourced press reports, including stories from the Wall Street Journal and Washington Post.  We all are hoping that you can confirm or correct the basic facts of what happened, as well as who may have leaked the information to the press in each instance.

As to the main issue, we need to understand how it happened that the FBI publicly obtained a search warrant against a candidate for President within two weeks of the election, a warrant which changed the outcome of the election, but found nothing. Let’s go backwards from what we now know and identify key mistakes that need to be explained.

(1) Huma Abedin must have used her husband Anthony Weiner’s laptop for her webmail, gmail or yahoo mail account and it left some sort of cache on the laptop. As Orin Kerr pointed out, the FBI never should have looked at these e-mails at all, because they were not the subject of the initial search warrant that was looking for texts between Weiner and some specific teenage girl. So that was the first mistake.

(2) The FBI looked at the e-mail headers and saw there were e-mails between Hillary Clinton and her assistant Huma Abedin. It would be “probable” at that stage to infer that these were copies of the work-related e-mails that had already been reviewed, including ones Abedin had already voluntarily produced from her own laptop and blackberry. That would have been very easy to check, using the headers of a few e-mails. There is no evidence that the FBI tried to do that. That was their second mistake.

(3) The FBI could easily have asked Weiner, Abedin or Clinton for permission to review these new e-mails. They apparently did not. That was the third mistake.

(4) When FBI Director Comey then sent his October 28 letter, he said “the FBI cannot yet assess whether or not this material may be significant.” That was false, and it created the absolutely false impression that there was a possibility that the e-mails were not simply duplicates of ones already reviewed. All the FBI had to do was check the headers they had already reviewed against the e-mails they already had, which is something they clearly could have done. It ended up taking at most a week to do this.  So Comey’s letter was false, and misleading.  That was a fourth mistake.

(5) Director Comey sent the October 28 letter even though he was advised by DOJ not to do so. A fifth mistake.

(6) Then the FBI obtained a search warrant, suggesting there was “probable cause” to believe a crime had been committed, and omitting key facts from the affidavit. That was false. For example, you should ask the agent who prepared the warrant (whose name has not yet been disclosed), why he did not include any of the information already released to the public about the investigation of Abedin and her e-mails, which she had voluntarily disclosed. See https://vault.fbi.gov/hillary-r.-clinton,  Part 3 of 5, page 84 et seq, released September 2, 2016, discussing the interview of Huma Abedin and the production and review of her e-mails.  This was a sixth mistake.

(7) Although Director Comey was aware, and wrote to his agents, that “there is significant risk of being misunderstood,” he did not correct the misunderstandings that ensued for another nine days. That was a seventh mistake.

The honest thing for the FBI to have done would have been to first compare the e-mail headers. Then, if they really wanted to obtain or delete any duplicate classified e-mails from the laptop, they could easily have done so by asking permission from Weiner and Abedin. They could have also informed Congress that they had found duplicates of Abedin’s e-mails on Weiner’s laptop and were taking steps to secure them, reiterating that this would not likely change the conclusions made in July. This is in fact what was reported by Newsweek and WSJ a few days after Comey’s letters, but through confidential sources, and so it could not have dispelled the obvious misimpression caused by Comey’s October 28 letter.

If the Hatch Act means anything with regard to the FBI, it means that the agency should not take steps that are likely to influence an election. It certainly means that the Director should not publicly re-open an investigation and obtain a search warrant, alleging probable cause to believe a crime had been committed, within two weeks of an election, especially when no crime had actually been committed and the warrant results in no actionable evidence.

Serious mistakes were made, and I do not yet get the feeling that Director Comey understands this.  I trust and hope that your investigation will help the public, and the FBI, understand what happened. If there are not already laws to prevent this type of interference on the eve of an election, there should be.